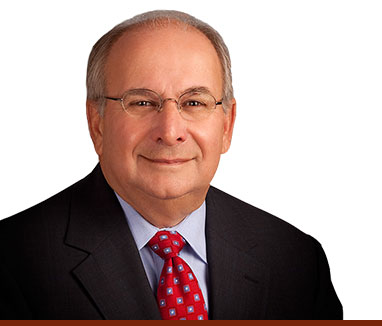 Attorney James Bianco has a broad and diverse practice. After law school, Jim was counsel to the Department of Health and Human Services. In that role, he co-authored the New Hampshire adoption law. Since then, Jim founded the firm’s nationwide adoption practice and has become one of New Hampshire’s premier adoption attorneys, being named an Angel in Adoption by New Hampshire Senator Jeanne Shaheen and the Congressional Coalition on Adoption Institute (CCAI) in Washington, DC.

Additionally, over the past 30 years, Jim has established himself as one of the premier attorneys and government relations advisors in the state of New Hampshire. Jim’s expertise includes legislative, administrative, and regulatory matters. Throughout his career, he has served the interests of individuals, small businesses, and large corporations throughout New Hampshire, as well as national companies located throughout the United States. His practice includes the representation of industries such as healthcare, education, real estate, housing, banking, energy, and recreation as they relate to matters pertaining to regulatory issues, legislative processes, administrative law, and business strategies. Jim regularly appears on behalf of clients before the New Hampshire legislature and various state agencies.

Jim has devoted much of his practice to understanding the intricacies of the law and regulations, and parlaying this knowledge into effective and comprehensive advice for his clients.