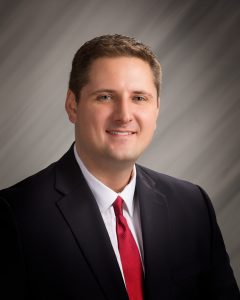 Attorney Garth Corriveau offers vital skills and experience in law, politics and government to Bianco Professional Association and our clients.

Garth dedicates much of his legal practice to business law, commercial real estate law, litigation and estate planning.  He serves as counsel to entrepreneurs and privately-held companies and provides counsel to clients in numerous aspects of business law, including start-ups, corporate governance, mergers & acquisitions, business transactions, as well as the drafting, review and negotiation of commercial contracts.

In addition to his law practice, Garth’s extensive work in politics and government benefits our clients resolve important public sector issues. Garth was elected to the City of Manchester, NH’s Board of Mayor & Alderman, serving three terms from 2010-2016. He served as an elected delegate to the 2012 Democratic National Convention and in several leadership positions for state political organizations and campaigns, including the Executive and State Committees of the N.H. Democratic Party and on President Obama’s 2012 and Secretary Clinton’s 2016 New Hampshire steering committees.

Garth received his B.A. in Political Science from Middlebury College and his Juris Doctor and Master of Intellectual Property degrees from the University of New Hampshire School of Law.  He teaches undergraduate and graduate students as an Adjunct Professor of Business Law at Southern New Hampshire University. Garth resides in Manchester with his wife, Kate, and three young sons.